The Stedelijk Museum Amsterdam and De Hallen Haarlem have collaborated on the acquisition of three major works in video by three internationally acclaimed artists: The Krazy House by Rineke Dijkstra, Woolworths Choir of 1979 by Turner Prize winner Elizabeth Price, and Number Fourteen, home by Guido van der Werve. It is the first time that two museums of modern and contemporary art have acquired artwork together. Joint acquisitions are an important means of enriching the Netherlands Collection with major works of international renown.  Further opportunities for joint purchases will be explored in the future.

Stedelijk Director Ann Goldstein, “We are delighted to partner with De Hallen Haarlem, an institution very close to us in vision, which has built a remarkable and internationally acclaimed contemporary collection focused on acquisitions in video. These three joint acquisitions powerfully complement and enrich our respective collections, which share overlaps, and yet stem from distinctly unique perspectives.”

De Hallen’s Director Karel Schampers said, “De Hallen Haarlem is thrilled to collaborate with the Stedelijk Museum Amsterdam on the collective acquisition of these three significant artworks. The collaborative model – which we will certainly pursue with other Dutch museums – is vital not only from a financial perspective, but also because it underlines the benefits of collective art ownership. For museums whose collections overlap to some extent, collaborative acquisitions offer a meaningful way of building and enriching the holdings of ‘Collectie Nederland.’”

Dutch artist Rineke Dijkstra garnered international fame for her series of portraits, including images of young bullfighters in Spain and adolescents posed on the beaches around the world. In the 1990s, she photographed young people at nightclubs in Liverpool in the northwest of England. She returned to the city with its animated club scene for The Krazy House (2010), capturing five pubescent clubbers in still and moving images. The result is a photo series and a 4-channel video projection of dancing teenagers. The work was screened at De Hallen Haarlem in the winter of 2010-2011. This acquisition was made possible with the support of the Mondriaan Fonds and the Vereniging van Vrienden van het Frans Hals Museum | De Hallen Haarlem.

Last year, British artist Elizabeth Price won the prestigious Turner Prize for her video, Woolworths Choir of 1979 (2012). Price combines an apparently educational PowerPoint presentation of the history of the choir in Gothic churches with film footage of a 1960s girl band dancing and singing. These images are interspersed with eye witness accounts and archive images of a fire in a branch of the Woolworth’s store, which claimed the lives of ten people. The artist’s flawless editing melds the three disparate narrative threads using graphic image, found footage, archival material and still photos, creating a haunting and immersive short film. 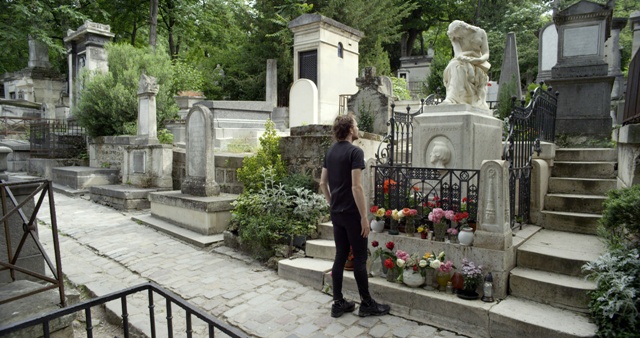 In Number Fourteen, home (2012) Dutch artist Guido van der Werve interweaves multiple narrative threads while accomplishing a nearly-impossible athletic feat: he shares stories of the life of his childhood heroes, Alexander the Great and Frederic Chopin, and offers a poetic portrayal of his memories of his childhood home in Papendrecht, the Netherlands while engaging in a 1,500-kilometer triathlon. The film shows the breathtaking landscapes through which the artist doggedly completes the triathlon, and the historic sites relating to Alexander the Great’s epic campaign. Van der Werve composed the score himself – a romantic twelve-movement classical requiem. Following the premiere on Thursday, January 24 at the international Film Festival Rotterdam, the film will be screened at the Stedelijk from January 25 through April 28, 2013.