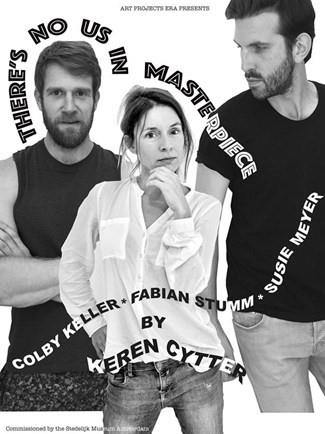 The Stedelijk is proud to present the world premiere of a new performance by the internationally acclaimed artist Keren Cytter.

There is no us in masterpiece questions what constitutes acting, by repeatedly shifting between the acted and the non-acted moment.

While Susie and Fabian – actors using their real names – engage in the consequences of their past love affairs, what is real and not real becomes difficult to discern. By continuously changing between the live, the acted, and the filmed, Cytter ultimately puts the very notions of performance, spoken word, emotions, and reality into question. The appearance of adult actor Colby Keller in the video that makes up part of the performance is especially noteworthy.

There is no us in masterpiece has received generous support from the AFK (Amsterdam Fund for the Arts), the Prins Bernhard Cultuurfonds, and the Centre for Contemporary Art, Ujazdowski Castle, Warsaw.

After its performance at the Stedelijk Museum, There is no us in masterpiece will go on tour; the Centre for Contemporary Art, Warsaw is its first destination.

Video work of Keren Cytter in the lower-level gallery

From 31 October to 6 November Keren Cytter's video work The Date Series (2004) will be on view in one of the rooms in the lower-level gallery of the museum. This work contains seven videos made on seven dates; each was shot on the date of its title.

More about the artist

Keren Cytter (1977, Israel) is a New-York based video, film, installation, and performance artist. After studying at the Avni Institute in Tel Aviv, she was a resident at de Ateliers in Amsterdam. Cytter’s work has been exhibited at numerous international venues, includingTate Modern (London), the Kitchen (New York), MCA Chicago (Chicago), Moderna Museet (Stockholm), Hammer Museum (Los Angeles), and Kunstverein München (Munich). She has taken part in several biennials, among them Manifesta 7 (2008), the Venice Biennale (2009), and the Liverpool Biennial (2014). In 2011 the Stedelijk acquired her work Avalanche (2011) as part of its collection. 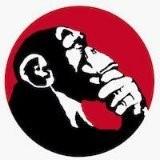 There are limited seats reserved for members of the press. For reservations, more information and images, please contact the Press Office of the Stedelijk Museum, +31 (0)20 573 26 62 or pressoffice@stedelijk.nl.